Who Is at Risk for Sleep Apnea? 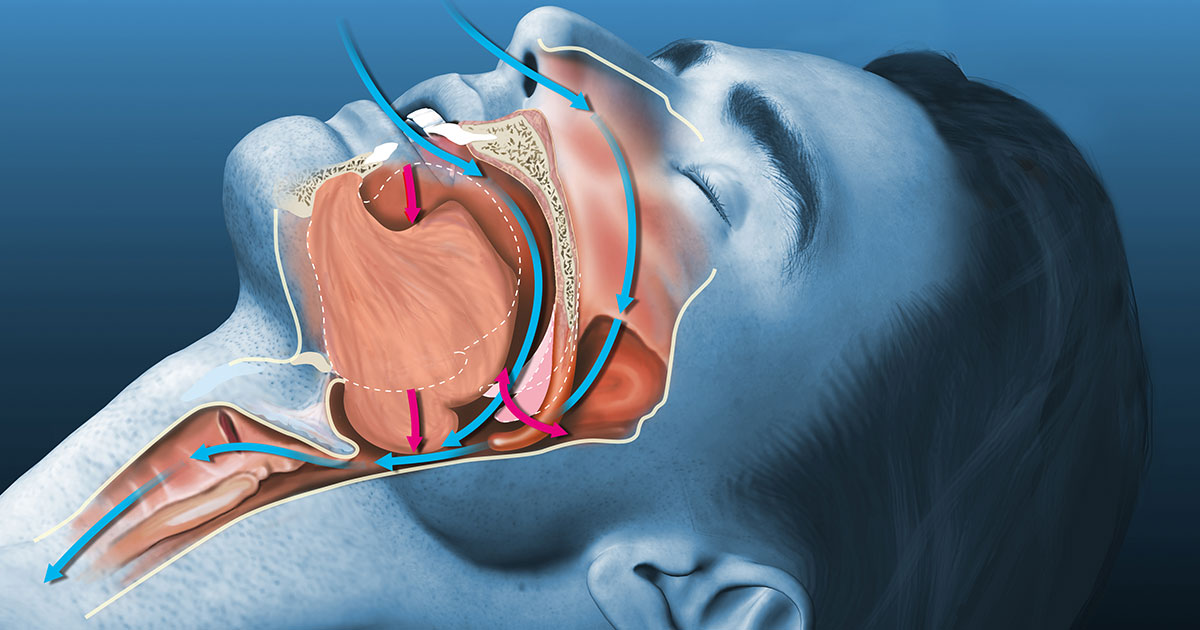 Having a good night’s sleep and waking well rested the next day is essential. However, several factors, including medical conditions, can interrupt your regular sleeping pattern resulting in inadequate rest. Sleep apnea is one of the most common sleep disorders that significantly affects your quality of sleep leading to daytime fatigue.

According to the American Academy of Sleep Medicine, up to 26 percent of individuals between 30-70 years old suffer from sleep apnea. The risk of developing chronic conditions such as hypertension, stroke, diabetes, and depression is higher in individuals with obstructive sleep apnea, making the disorder a major public health concern.

What is Sleep Apnea?

Sleep apnea is marked by the disruption of the normal sleep rhythm in which breathing stops for about 10-30 seconds. Consequently, this causes the oxygen levels in the blood fall.

You can suffer from either obstructive or central sleep apnea. In obstructive type, there is mechanical obstruction of the airway as muscles of the trachea relax and collapse to cut the airflow. Central sleep apnea occurs if your brain fails to send the appropriate signals to the respiratory muscles making you stop breathing for a moment.

Do I Have Obstructive Sleep Apnea?

Sleep apnea remains largely undiagnosed because many individuals who have the condition rarely recognize it. Besides getting up suddenly with a feeling of choking or gasping, some symptoms that indicate you might be suffering from sleep apnea include:

If your partner or roommate has ever complained that you snore at night, sleep apnea might be the cause. While many people take snoring and noisy breathing during sleep as a common annoyance and ignore it, it’s a serious respiratory issue that is worth investigating. Snoring results in partial obstruction of the subject’s upper airway and is often associated with apnea. Even so, this doesn’t mean that all snorers have this condition. Apnea-related snoring will present itself with frequent pauses in breathing throughout the night.

Tossing and turning in bed could be a sign of obstructive sleep apnea. You’re likely to respond to episodes of breathlessness by thrashing, kicking, jerking, or changing positions, which can cause your sheets to look scruffy or wrinkled in the morning. Your partner may also complain about your tossing and turning at night if you suffer from sleep apnea.

Feeling tired throughout the day despite 8-10 hours of sleep can allude to apnea being a possible cause of your sleep disruption. With obstructive apnea, the quality of your sleep is significantly reduced due to the numerous interruptions throughout the night.  As a result, you get daytime fatigue which can result in less productivity at work, lower attention spans, and frequent yawning throughout the day. Making multiple mistakes, irritability, and dozing off during the day are also signs of fatigue that can be attributed to sleep apnea.

Other signs of possible obstructive sleep apnea include morning headaches, dry mouth upon waking up, low sex drive, and even sweating at night.

Who Is at Risk of Developing Obstructive Sleep Apnea?

The likelihood of developing sleep apnea is higher in individuals with:

If you have a mild case of obstructive sleep apnea, treatment options such as surgery or a CPAP machine might be overkill. Dental appliances like mandibular advancement devices, mouth guards, and tongue-retaining devices might help you overcome your sleep apnea. These appliances work by repositioning your jaw or tongue to keep the upper airway open and prevent apnea.

If you suspect you might have sleep apnea contact Kanehl Dental Group today to book a consultation. We can help you get the good night’s sleep you need and deserve!

Can TMJ Cause Sleep Apnea?

TMJ can certainly cause sleep apnea because misalignment of the jaw can block your airway and cause breathing problems.

Can You Have Sleep Apnea In Your 20s?

Sleep apnea can occur at any age, including in 20-year-olds. The good news is there are treatment alternatives to CPAP, including bite splints or other dental oral appliances to maintain an open airway while sleeping. Read on to learn more about sleep apnea and the treatment options offered by Dr. Bruce Kanehl.

To learn more about how we can make you smile, request a consultation today.

Dr. Kanehl is one of a select few in the Jacksonville area to be a member of the American Academy of Dental Sleep Medicine and to treat sleep apnea with oral appliance therapy.